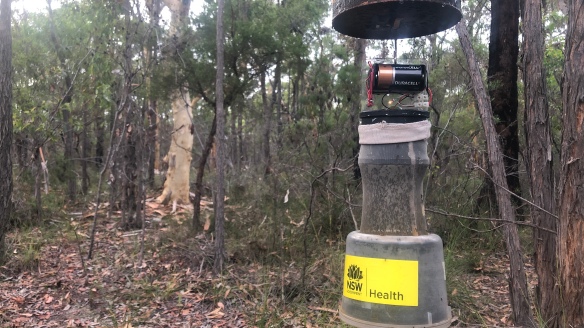 There’s been a swarm of headlines recently about the global decline of insects. Could mosquitoes be disappearing too? Probably not but how would we know?

Recent research suggests that over 40% of insects worldwide are in decline. Some of the most vulnerable insects are those that occupy specific ecological niches. When scientists reviewed over 70 historical reports of insect declines, environmental degradation, the spread of agriculture, and widespread insecticide use were suspected for causing the decline.

What about mosquitoes? Sadly, they’re not a group of insects many people would care too much about if they were threatened with extinction.

Some of the most important mosquitoes, those that transmit dengue viruses or malaria parasites, are evading our efforts to eradicate them. For these insects, the insects authorities the world over actively are trying to kill, they’re surviving quite well. They’re becoming resistant to commonly used insecticides and they’re thriving living in habitats in and around our cities.

The reality is that some mosquitoes are probably doing very well , while those potentially under threat are probably those we know least about.

There are over 300 mosquitoes in Australia. The mosquitoes that bring with them the greatest pest and public health risks are well studied. Mosquitoes such as Aedes camptorhynchus, Aedes vigilax, and Culex annulirostris are nuisance-biting pests and have been associated with outbreaks of Ross River virus disease. Their populations are monitored as part of mosquito control and surveillance programs around the country. But these programs probably won’t reliably pick up declines in lesser known mosquitoes.

There are mosquito surveillance programs around the country that provide information on local mosquito populations to health authorities. That’s how scientists know if this really is the “worst year for mosquitoes ever”! There is little evidence that the major pest mosquitoes are in decline. But these programs probably won’t reliably pick up declines in lesser known mosquitoes.

It is entirely possible that there are mosquitoes under threat.

What about the mosquitoes that specifically feed on frogs, how will they be impacted by declining frog populations?

Mosquitoes that are highly specialised to certain environments or ecological niches or close interactions with wildlife may struggle if their ecosystems are disrupted. Habitat degradation may hit some mosquitoes in much the same way it’ll hit other insects. It won’t end well.

What about mosquitoes associated with snow-melt pools in the Australian alps? Could climate change see their habitats destroyed?

Mosquitoes can be some of the most adaptable animals on the plant. That’s probably why they’ve been such persistent pests. In fact many insects are quite adaptable to change and that’s why we may not be facing an “insect apocalypse” as many headlines suggest.

We’ve found that mosquitoes are more abundant in mangrove forests that are degraded or surrounded by industry. Some mosquitoes are even becoming resistant to commonly used insecticides. Those same issues threatening many thousands of insects are no problem for some mosquitoes.

The reality is, mosquitoes have already been around for millions of years, they’ll probably be around long after. Its just that we could take a few species with us…

The image at the top of this article is of a carbon-dioxide baited mosquito trap, there were thousands of mosquitoes inside; collected late in 2018 along the Georges River in southern Sydney.

Join the conversation on Twitter, are there any mosquitoes you think are under threat?