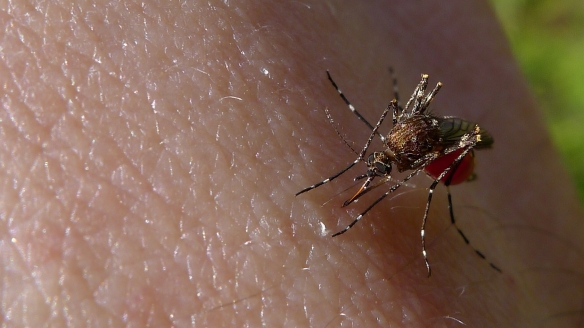 Are there even mosquitoes in Tasmania?

You could be forgiven thinking that Australia’s southern most state, Tasmania, is probably free of mosquitoes and certainly the chances of an outbreak of mosquito-borne disease would be rare. Is it even possible?

Ross River virus may be the best known of Australia’s local mosquito-borne pathogens but Barmah Forest isn’t far behind. Infection can cause an illness similar to Ross River virus disease, its typically marked by joint pain and inflammation, fatigue, rash, headaches, muscle pain, fever and chills.

Fortunately the disease is not fatal.

There have been outbreaks of Barmah Forest virus in many parts of Australia, not just in the tropical north. Significant outbreaks have occurred in NSW and southern Western Australia.

While Tasmania may be cold, that doesn’t mean there aren’t mosquito problems. There is a range of mosquitoes found in Tasmania, including Aedes camptorhynchus, a key species of pest and public health concern. This mosquito is closely associated with coastal estuarine wetlands, especially saltmarsh environments.

Tasmania has also had outbreaks of mosquito-borne disease. More than 100 people were infected with Ross River virus in the coastal region just to the east of Hobart in 2002. Specimens of Aedes camptorhynchus collected in the region tested positive to the virus making transmission risk most likely influenced by an abundance of this mosquito.

Like Ross River virus, Barmah Forest virus is spread by mosquitoes to people from local wildlife. It is likely that the virus quietly circulates between native animals, such as birds and mammals, but when favorable conditions for mosquitoes occur and populations increase, the risks of transmission to people increase.

While there is only a hand full of cases confirmed to date, a total of five with an additional two to be confirmed, it may not seem significant. However, it is a reminder that wherever mosquitoes, wetlands, and wildlife occur, there can also be a risk of mosquito-borne disease transmission.

With a warmer Tasmania possibly resulting from climate change and a concomitant extension of the “mosquito season” in coming years, perhaps the public health risks associated with mosquitoes will be something for health authorities to keep a closer eye on in the future. Importantly, is it time for local authorities to proactively monitor mosquitoes and the activity of mosquito-borne pathogens?

The image used at the top of this post comes from John Tann via Flickr; a mosquito (possibly Aedes alboannulatus) from Strahan, Tasmania.