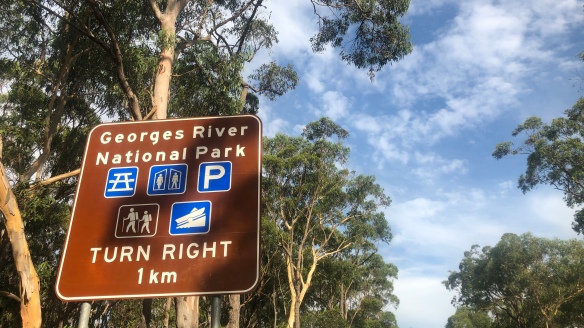 Health authorities in NSW recently released warnings to avoid mosquito bites following the detection of Ross River virus in wetlands along two major river systems in metropolitan Sydney. Whats going on and should these findings be something to be worried about?

What is Ross River virus?

Ross River virus is the most commonly reported mosquito-borne disease in Australia. The virus is spread by the bite of a mosquito and about 40 different mosquito species have been implicated in its transmission.

The disease caused by Ross River virus is not fatal but it can be severely debilitating.

Thousands of Australian’s are infected each year. We have some idea of the quantity of infections as Ross River virus disease is classified as a notifiable disease. While the official statistics indicate there are around 5,000 cases of illness across the country (there are between 500 and 1,500 cases per year in NSW), there are likely to be many more people that experience a much milder illness and so never get blood tests to confirm infection. These people won’t appear in official statistics.

What makes Ross River virus a fascinating pathogen to study is also what makes it extremely difficult to predict outbreaks. Transmission cycles require more than just mosquitoes. Mosquitoes don’t emerge from local wetlands infected with the virus, they need to bite an animal first and become infected themselves before then being able to pass on the pathogen to people.

It is generally thought that kangaroos and wallabies are the most important animals driving outbreak risk. However, we’re starting to better understand how the diversity of local wildlife may enhance, or reduce, likely transmission risk.

How was the virus found in Sydney?

The recent warnings have been triggered by the results of mosquito trapping and testing around Sydney. NSW Health coordinates an arbovirus and mosquito monitoring program across the state and this includes surveillance locations within metropolitan Sydney.

Mosquitoes are collected using traps baited with carbon dioxide. They trick the mosquitoes into thinking the trap is an animal. By catching mosquitoes, we can better understand how the pest and public health risks vary across the city and the conditions that make mosquitoes increase (or decrease) in numbers.

The nuisance impacts of mosquitoes, such as Aedes vigilax, dispersing from the estuarine wetlands of the Parramatta River can create challenges for local authorities. These challenges include targeted wetland conservation and rehabilitation strategies along with ecologically sustainable mosquito control programs.

Is the detection of the virus in Sydney unusual?

Ross River virus has also previously been detected along the Parramatta River.

There are a few reasons why more disease isn’t reported. Health authorities are active in promoting personal protection measures, sharing recommendations on insect repellent use and providing regular reminders of the health risks associated with local mosquitoes. It isn’t unreasonable to think these actions raise awareness and encourage behaviour change that reduces mosquito bites and subsequent disease.

Along the Georges River, there is clearly a higher risk of infection given the more significant wildlife populations, especially the wallabies common throughout Georges River National Park. By comparison, along the Parramatta River there are fewer bushland areas and virtually no wallabies (except for the occasional one hopping across the Sydney Harbour Bridge). Even in the wetland areas around Sydney Olympic Park, there is abundant bird life, meaning mosquitoes are probably more likely to be biting the animals than people. A study looking at the blood feeding preferences of mosquitoes in the local area found that animals were more likely to be bitten, mosquitoes actually only fed on humans about 10% of the time.

It is important that if you’re spending a lot of time outdoors in these areas, especially close to wetlands and bush land areas at dawn and dusk when mosquitoes are most active, take measure to reduce the risk of being bitten. Cover up with long sleeved shirts and long pants and apply an insect repellent. Choose a repellent that contains either DEET (diethlytoluamide), picaridin, or oil of lemon eucalyptus. Apply it to all exposed skin to ensure there is a thin even coat – a dab “here and there” doesn’t provide adequate protection. More tips here.

Also, keep in mind that just because cooler weather has arrived, the health risks associated with mosquitoes remain. That means keeping in mind that mosquitoes will be out and about just as football and netball seasons start so take along some mosquito repellent to training nights. 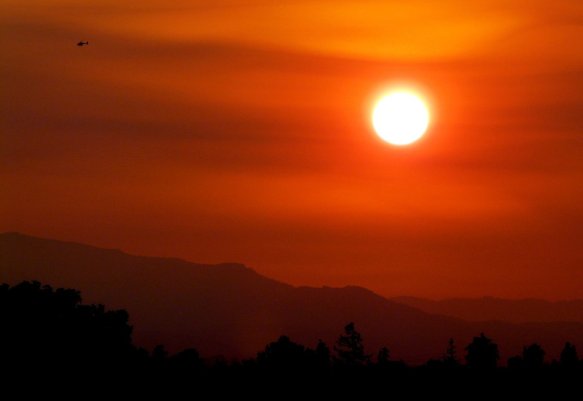 Mosquitoes need blood. As well as biting people, they also bite animals. Outbreaks of mosquito-borne disease typically requires the presence of wildlife, animals that act as reservoirs for the disease-causing viruses. 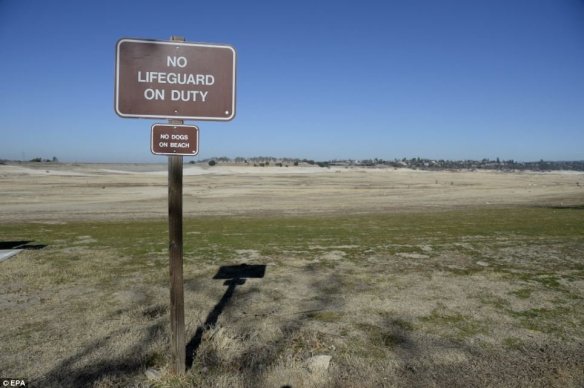 West Nile virus is a mosquito-borne pathogen generally spread between birds and people by mosquitoes. Culex mosquitoes they appear to play the most important role in West Nile virus transmission in urban environments, particularly Culex pipiens.

These mosquitoes are generally not breeding in wetlands. They’re found in artificial structures ranging from backyard containers and neglected swimming pools to stormwater pipes and drains. These mosquitoes have moved out of the swamps and into the suburbs! They’ve also moved into the constructed wetlands popping up throughout the suburbs too.

Rather than water birds associated with wetland environments, the birds playing a key role in West Nile virus transmission are small songbirds common in urban areas. These birds roost in large numbers and are the target the the Culex mosquitoes that preferentially feed on birds. It is important to keep in mind that there is still a lot of learn about how the roosting behaviour of birds influences their exposure to West Nile virus.

During “dry” conditions, bird populations are concentrated in urban areas (where humans provide water and food) and mosquito populations associated with urban water-holding structures increase. During “wet” summers, bird populations may be more widely dispersed through the environment with many birds roosting and foraging well away from residential areas and reducing the contact between birds, mosquitoes and people. When the “dry” summers arrive, birds move back close to the people. People who provide water. 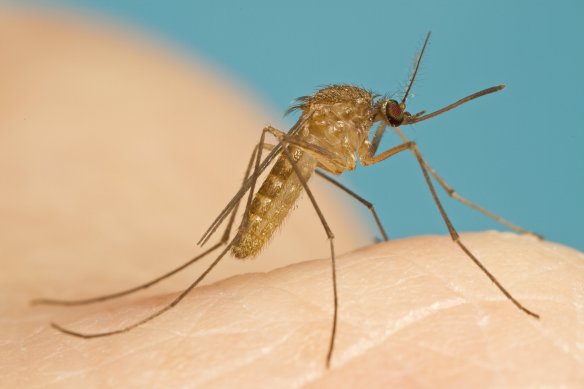 The Culex pipiens group of mosquitoes play an important role in the transmission of West Nile virus and are closely associated with urban environments. They like biting birds. (Photo: Stephen Doggett, NSW Health Pathology)

In the absence of rain, water stagnates in stormwater pipes and drains providing favourable conditions for mosquitoes. During “wet” summers, the mosquitoes are flushed out by increased water flows and, even if they don’t, permanent habitats are more likely to support populations of mosquito predators such as fish.

During “dry” summers, people also start storing water around the home. Once water restrictions kick in, the desire to keep the garden looking healthy can potentially pose an indirect health risk to the homeowner as they hoard water around the home that provides habitat for mosquitoes.

In short, dry conditions help concentrate mosquitoes and birds in close proximity to people and increase the risk of mosquito-borne disease outbreaks. 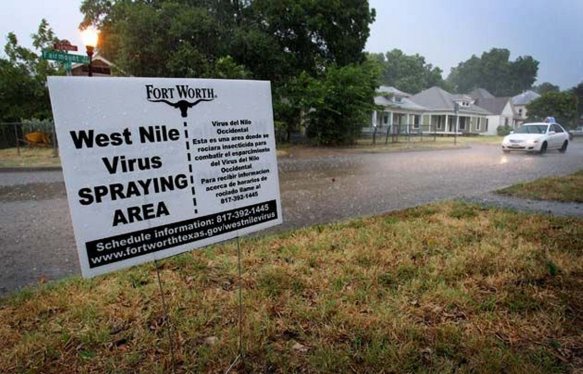 Mosquito control in Texas in response to an outbreak of West Nile virus raised much concern within the community. It can sometimes be difficult to balance the need for mosquito control with community engagement to allay fears of insecticide -based human health risks (Source: CDC)

West Nile virus was first introduced into North America in 1999. Despite rapidly spreading across the continent in the subsequent years, the numbers of outbreaks steadily declined and, to some extent, it fell of the radar as a serious public health concern. There was a resurgence of the disease in 2012 with an outbreak primarily focused in Texas.

There was a substantial increase in the number of cases compared to previous years with an unusually warm spring thought to have played an important role in driving the outbreak. Health authorities were warned that outbreaks of this nature may continue. 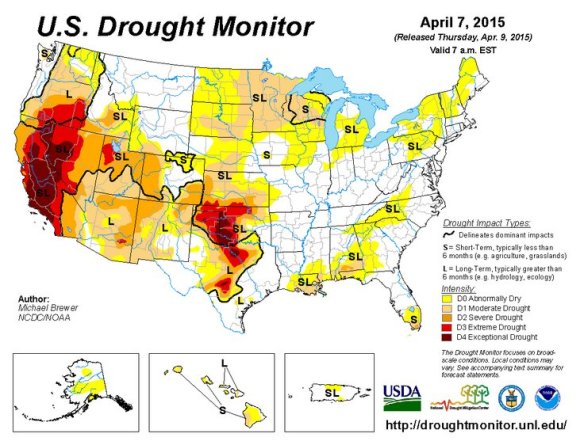 For the past couple of years, California has been hit with one of its worst droughts in decades. It is having widespread impacts and may also be increasing mosquito-borne disease. Californian authorities have been battling potential public health risks associated with mosquitoes on many fronts. There were record numbers of deaths due to West Nile virus disease in 2014 and exotic mosquitoes were detected. This included an Australian mosquito that was found in Los Angeles.

It is relatively early in California’s mosquito season but West Nile virus has already been detected. Health authorities are warning that another bad year for West Nile virus activity could be ahead despite the ongoing drought. There is already a suggestion that the severity of the current drought may be exacerbated by climate change and that climate change may be playing a role in future West Nile virus risk internationally.

There is little doubt that prolonged drought will impact Californian residents in many ways and an increased risk of mosquito-borne disease is just one of them. Fortunately, mosquito and vector control agencies in California work closely with local health authorities to monitoring mosquito and pathogen activity to provide warnings of increased risk. However, there is responsibility for everyone to ensure that the ways in which water is conserved around the home doesn’t increase the risks associated with mosquitoes. 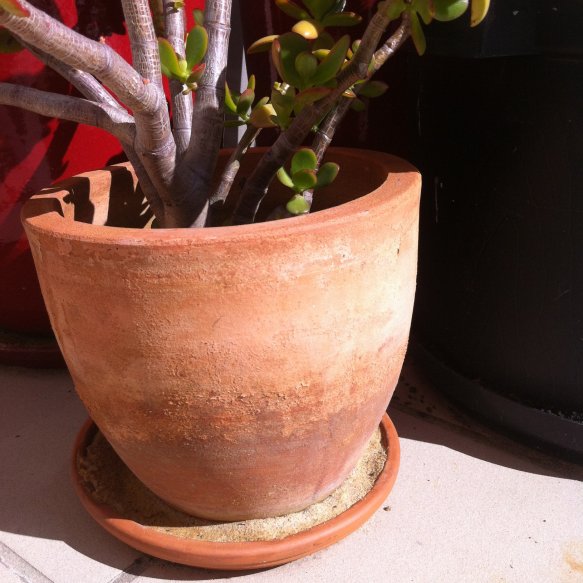 If you’re worried about keeping your pot plants well watered but don’t want to provide a home for mosquitoes, fill the saucer with sand. It will keep the moisture in place but there is no “free water” for mozzies to use!

If you’re not able to “dump and drain” water holding containers, make sure that they’re covered to stop mosquitoes getting in or out. If you’ve got a swimming pool that’s neglected, start chlorinating it or release fish to eat through any mosquitoes. There are also a few mosquito control products that could be used, the most appropriate would probably be the insect growth regulator methoprene, it will stop mosquitoes emerging from the water holding container.

Why not share your tips on saving water around the home while not increasing opportunities for mosquitoes on Twitter?