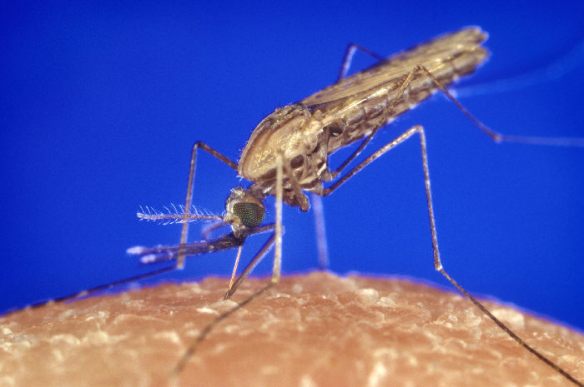 Malaria no more? A new study has provided a pathway to possibly driving one of the most important malaria transmitting mosquitoes to extinction by using genetically modified mosquitoes that produce almost entirely male offspring. Without many females, the mosquito population will crash. A decline in the number of malaria cases should similarly follow.

There has been much research, as well as community discussion, regarding the use of genetically modified mosquitoes (and sometimes the pathogens themselves) to reduce the impacts of mosquito-borne disease. The recent proposals around the use of genetically modified mosquitoes to assist in the control of dengue outbreaks have been attracting many headlines, including both excitement and concern.

The new study, “A synthetic sex ratio distortion system for the control of the human malaria mosquito” (published in Nature Communications), reports on the genetic modification of mosquitoes that only produce sperm that result in (mostly) only male offspring. The researchers used a modified enzyme that attacks a specific region of the X-chromosome, preventing it being passed onto the next generation. Mating between GM mosquitoes and “wild type” mosquitoes produced up to 97.4% male mosquitoes.

In addition, the researchers demonstrated that once the wheels are set in motion, there is the potential that the spread of these  mosquitoes carrying “male only sperm” pass on the trait to their offspring and then their offspring. It is hoped that as these mosquitoes spread throughout the environment, eventually, the population of mosquitoes will crash as female mosquitoes are removed. The theory was tested in the laboratories and the researchers found that it took about 6 generations for the populations to crash (but they did need to start off with three times as many genetically modified mosquitoes to “wild type” mosquitoes).

While the technology is new, the idea was first proposed in the 1950s. The idea that you can distort the sex ratio of insect populations to control pest impacts had been proposed with various approaches to achieve it. The latest approach provides a novel way to apply the strategy to mosquitoes.

An illustration taken from “This is Ann, she’s dying to meet you” produced by US War Department, 1943

Doesn’t this latest research mean, in theory, you could make mosquitoes extinct?

The results from the current study are fascinating but it is still very early days before it is known if this approach works under field conditions and can actually reduce malaria, let alone drive mosquitoes to extinction. Keep in mind that this study focuses on just one of the thousands of mosquito species found throughout the world.

The mosquito the researchers from the Imperial College of London used was one of the key vectors of malaria parasites, Anopheles gambiae. This species belongs to a group of mosquitoes that contain up to 40 different species that may play a role in the transmission of malaria parasites. The fact that there are so many mosquito species capable of transmitting malaria parasites makes developing a “silver bullet” approach to control difficult.

Even if the laboratory technique is translated to the field, and it worked, what would happen if you drove local populations of Anopheles gambiae to extinction?

Putting aside the issues of ecological impact (perhaps there wouldn’t be any significant ecological impact?), what would be the impact on human health? This is the critical issue. We know that by reducing the contact between mosquitoes and humans through the use of bed nets and insecticides can reduce the incidents of malaria, what if populations of Anopheles gambiae were significantly reduced or eradicated? 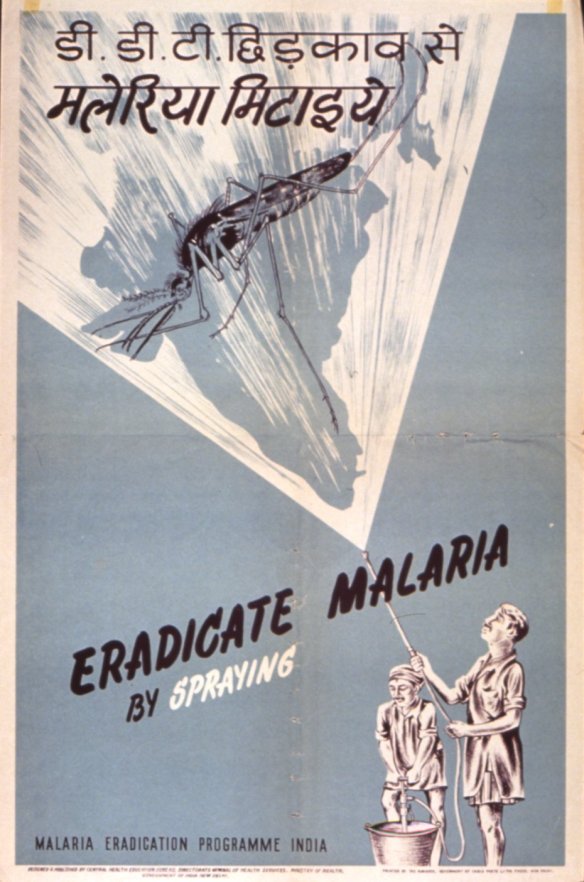 Malaria eradication campaigns have been with us for decades but are they now transitioning from spraying insecticides to releases genetically modified mosquitoes? (Source: National Library of Medicine)

One of the problems may be that the ecological niche exploited by Anopheles gambiae is simply taken up by another of the mosquitoes able to transmit malaria. Anopheles gambiae is a pretty good competitor and if you take it out of the environment, another Anopheles species may move in. There is no doubt that Anopheles gambiae is one of the most important vectors of malaria parasites but even if a “replacement” species moves in, outbreaks of disease may still be less than before. However, health authorities will still need to call on traditional mosquito control and malaria prevention strategies. A balance is required when assessing the cost effectiveness of the new and old strategies.

Amongst the wave of new technologies purported to aid in the battle against malaria, it is worth noting that current methods of prevention (e.g. bed nets) and control (e.g. insecticides), in combination with better diagnosis and treatment, have contributed to a reduction in world wide malaria mortality rates by 42% since 2000. Combining different mixes of approaches (e.g. bed nets and residual insecticide treatments) has been shown to be potentially significant. In the future, perhaps genetically modified mosquitoes should be added to this mix too.

You can listen (stream or download) to me chat with James Carleton about the implications of the research on Radio National’s Breakfast. There has also been plenty of news coverage following the publication of the research, a good overview is here.

Why not join the conversation by following me on Twitter?

The photo of the malaria vector, Anopheles gambiae, at the top of this post is taken from here (CDC/James Gathany) 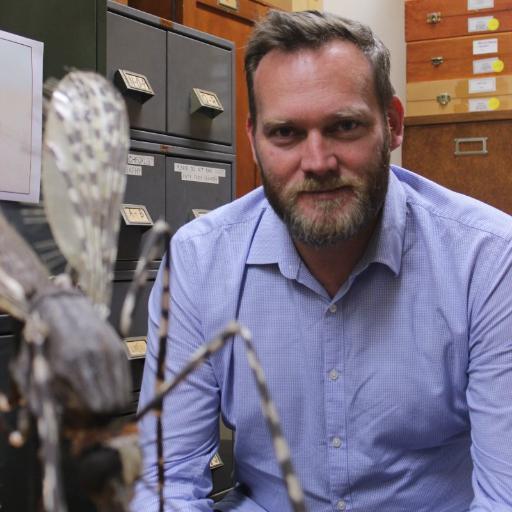