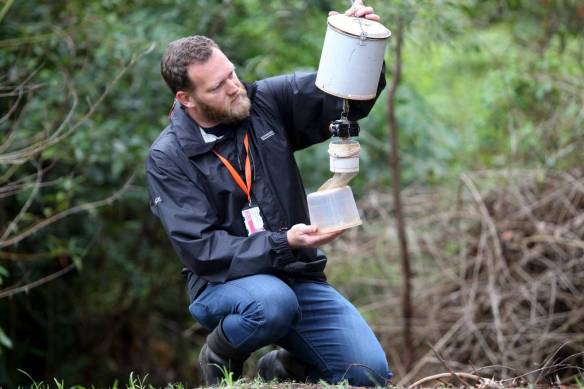 I enjoy studying mosquitoes but there is one problem. They don’t take summer holidays and, unfortunately, neither do I.

I started studying mosquitoes in the summer of 1994-1995. Within days of finishing my BSc(Hons) degree I was looking down a microscope trying to identify mosquitoes. I haven’t had a summer holiday since. That’s 20 years. Yep, 20 years without an Australian summer holiday. It never really bothered me. That was, until my children started school.

Summer school holidays are busy, expensive and probably pretty stressful times but a few weeks by the beach sounds pretty to me. Long summer days spent on the beach and in the surf. Yep, sounds pretty good. I’m even happy to put up with some sweaty shopping centre crowds en-route to the beachside holiday!

There are a lot of things about studying mosquitoes that can be unpleasant. Sticking your arm in a cage of mosquitoes and letting a few dozen mozzies feed on your blood isn’t fun. Neither is sloshing about in wetlands when the temperature tops 40°C. Mud, spider webs and getting spooked by snakes (and the occasional angry magpie) keeps the work day interesting too. Pre-dawn starts and post-dusk finishes can be exhausting but there are also some fringe benefits. Notwithstanding the occasional onslaught of biting mosquitoes (the kind of waves of swarming mozzies that drive you back into the car within seconds of stepping out), it can be beautiful being in the wetlands. I also feel I’m making a contribution to improving public health.

Mosquitoes, and the tides and rainfall that drive their populations, don’t take a break on weekends or during the festive season. From mid October through to the end of April I’m pretty much “on call”. Weekly monitoring of environmental conditions and surveillance of mosquito populations in multiple locations throughout the state can get a little draining.

When we’re coordinating mosquito control activities, where there’s only a small window of opportunity to effectively treat wetlands, skipping a day of field work because its the weekend can have significant “knock on”effects. I need to keep my eye on the mozzies. I’ve been out in the field on Christmas Day and New Years Day. I’ve heard the distant rumble from the Big Day Out while doing mosquito surveys in the wetlands of Sydney Olympic Park on Australia Day. There have been times when I’ve felt like the only person working as I chase mosquitoes in coastal towns during the summer holidays (with apologies to the local fish and chip shop owners who, I suspect, work a lot harder than me!). 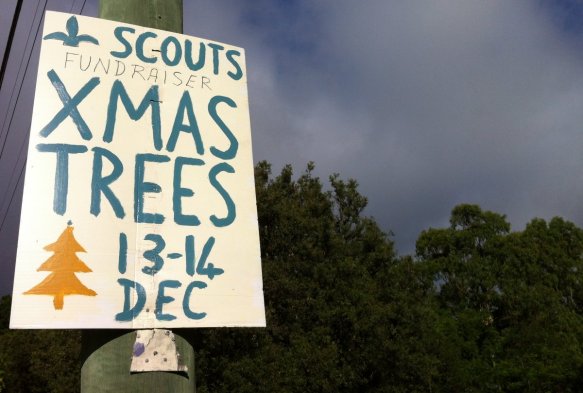 Funnily enough, I never really worried about missing out on summer holidays. Despite growing up spending every school holiday (and lots of weekends in between) at our family holiday house on the south coast of NSW (sadly not in the family anymore), adjusting to life studying mosquitoes and working through the summer months wasn’t so bad. I still love it. It takes me to some unusual places and I get to see a side of the Australian environment many actively avoid (they’re missing out). It wasn’t until my daughter started school that reality hit. That first summer school holiday period left me with a feeling of melancholy. As those holidays quickly approach again, I’m reflecting on my own childhood memories, and the current absence, of summer holidays. Not just for me but also my kids. It would be nice to be planning a family summer holiday.

It isn’t just the holidays themselves. As most people seem to be winding down towards Christmas, I’m increasing the workload. Oh how I wish the last few days before a holiday were filled with “pointless busy work”….just like the last few days of school. A few lazy days of desk cleaning and book shelf sorting wouldn’t be so bad. I’ve been stretched during December. Notwithstanding the routine field work, this summer has been plagued by unusual rainfall and tide patterns that have had me out in the field more than usual. This is coupled with some major manuscripts due early in the new year that have had me up late most nights.

Normally, I wouldn’t mind skipping late night shopping and carols by candlelight or slow drives down streets full of Christmas lights. Thing is, my kids love it and I want to share their excitement! I’ve found myself having the weigh up the benefits of having a manuscript reviewed on time or singing jingle bells with the family in the local park. Not something I considered when embarking on a career in medical entomology.

This all leads to my 2015 new years resolution. Perhaps I need to learn to say no more often. Take on fewer projects. Don’t say yes so often. Plan my time a little better and not end the year with so much to get done. I wonder how that will work out next year? If you’re an ecologist, entomologist or fish and chip shop owner, how do you deal with working through the holidays? Join the conversation on Twitter.

— The photo at the top of this post is taken from the 2014 article, “More mosquitoes on the way” that appeared in the St George and Sutherland Shire Leader January 2014. —