Have you ever thought about how hard it is to find pieces of munched mosquito in a pellet of bat poo?

Perhaps not but for many years I have. Luckily, I have been part of a wonderful research project that has overcome the difficulties of studying the diet of insectivorous vertebrates.

I’ve already written about the multidisciplinary research project, funded by a research grant from the NSW Environmental Trust, designed to determine the importance of saltmarsh mosquitoes (Aedes vigilax) to local bat populations on the Central Coast of NSW.  The hard work in this project was done by Dr Leroy Gonsalves but the 4 year project also included researchers from the Australian Catholic University, University of Sydney and Forest Science Centre (NSW Department of Primary Industries).

Our most recent publication, titled “Mosquito Consumption by Insectivorous Bats: Does Size Matter?“, is the fourth paper to be produced from this study. We’ve probably left the best until last as this research has really opened some doors to our understanding of mosquitoes and their importance in the diet of Australian bats in coastal environments.

There had already been some qualitative studies that hinted at the possibility that saltmarsh mosquitoes were an important prey source for insectivorous bats. Studies have shown that the “feeding buzzes” (the sounds bats make when they’re hunting food) had been recorded over saltmarsh habitats. The conclusion was made that these bats were most likely feeding on mosquitoes. Some of our studies have indicated that the abundance of mosquitoes can influence the use of foraging habitats of bats. As with previous studies, this conclusion was made by recording the “feeding buzzes” of bats or radio-tracking bats while also sampling the abundance of mosquito and moth populations.

What was missing was a quantitative assessment of mosquito consumption by bats. How many mosquitoes are eaten by bats? How many bats species were eating mosquitoes? How important are mosquitoes, compared to other insects, such as moths, to the diet of bats?

This was the critical question. It was also a little tricky trying to work out how to get an answer. While the circumstantial evidence appeared to be strong, we needed actual evidence that bats were eating mosquitoes. 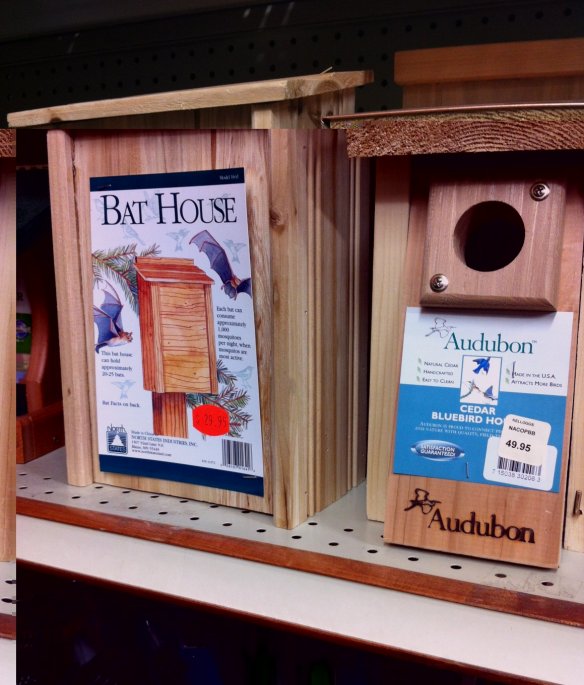 What did we do?

There are a few different ways you can determine what bats are eating. The classic approach is through visual examination of fecal material. That basically means searching through bat shit under the microscope looking for bits of insect and then identifying it. This technique has been used successfully. However, it only took us 15 minutes of looking through bat shit to realise this wasn’t going to cut it. We could clearly identify pieces of insect but what were they? We never found a piece of “entomological material” in the samples that was definitively from a mosquito. We needed another approach.

Since we know there was insect material in the feces, perhaps we could use molecular methods to identify them? Instead of looking for bits and pieces of chewed up mosquito, why not look for mosquito DNA?

How did we collect the bat feces? Bats were collected using harp traps set in forest habitats adjacent to the estuarine wetlands. Bats that were trapped were then transferred to small bags. Bats were kept in the bag for at least 1 hour and then released. Fecal pellets were then collected from the bottom of the bag and returned to the laboratory for testing.

Five sub-samples from each individual bat were tested for the presence of mosquito and moth DNA using molecular techniques. We even conducted some quality control experiments and found that our molecular techniques could identify mosquitoes, even if they comprised around 5% of the total contents of the fecal pellet. We were confident that if a sample was negative, it was highly unlikely that moth or mosquito material was contained within the fecal pellet.

Leroy Gonsalves removing a little forest bat from the harp trap. All set to collect some bat poo! (Photo by Doug Beckers)

What did we find?

Across the five bat species collected, fecal samples were collected from 52 individual bats. From the samples, a total of 40 prey taxa was identified from the bat feces. Moths were the most frequently detected prey, present in the feces of 49 of the 52 (approx 94%) bats tested individuals. We were expecting this, moths are probably a pretty tasty treat for a bat.

What does this mean?

Most importantly, it highlights the dangers of generalisation when it comes to bat biology. We’ve clearly demonstrated in this study that there will be species-specific relationship between bats and preference for foraging on mosquitoes. This relationship is most likely driven by the size of the bat. Based on our work, the small bat species are more likely to feed on mosquitoes.

This makes sense as other studies have shown that when it comes to insectivorous vertebrates, larger predators tend to eat larger prey, rather then greater numbers of smaller prey.

With regard to bat conservation, the results of our study haven’t identified a bat species that relies heavily on mosquitoes. However, in regions where smaller bat species are threatened or endangered, consideration should be given to the possibility that if mosquitoes are locally abundant, they may provide a relatively more important food source for these species. Local authorities should be mindful of this potential when designing broad-scale mosquito control programs. Perhaps they should be doing more to encourage moth populations?

It has been exciting working on this aspect of the project. It has been great to see Leroy develop this innovative use of molecular techniques to investigate bat diet (as well as helping understand the ecological role of mosquitoes). Many ecologists are heading in this direction and it will be interesting to see how new technologies open up new opportunities. When we started this project, this approach hadn’t been used extensively, and certainly not to determine weather bats were eating mosquitoes.  This technique has now been used widely, including to determine if bats are eating agricultural insect pests and can be used to track bats and their response to seasonal fluctuations of these pest insects. It has also been used to investigate the diet of snakes.

The full citation our the paper is:

The abstract is below:

Insectivorous bats have often been touted as biological control for mosquito populations. However, mosquitoes generally represent only a small proportion of bat diet. Given the small size of mosquitoes, restrictions imposed on prey detectability by low frequency echolocation, and variable field metabolic rates (FMR), mosquitoes may not be available to or profitable for all bats. This study investigated whether consumption of mosquitoes was influenced by bat size, which is negatively correlated with echolocation frequency but positively correlated with bat FMR. To assess this, we investigated diets of five eastern Australian bat species (Vespadelus vulturnus Thomas, V. pumilus Gray, Miniopterus australis Tomes, Nyctophilus gouldi Tomes and Chalinolobus gouldii Gray) ranging in size from 4-14 g in coastal forest, using molecular analysis of fecal DNA. Abundances of potential mosquito and non-mosquito prey were concurrently measured to provide data on relative prey abundance. Aedes vigilax was locally the most abundant mosquito species, while Lepidoptera the most abundant insect order. A diverse range of prey was detected in bat feces, although members of Lepidoptera dominated, reflecting relative abundance at trap sites. Consumption of mosquitoes was restricted to V. vulturnus and V. pumilus, two smaller sized bats (4 and 4.5 g). Although mosquitoes were not commonly detected in feces of V. pumilus, they were present in feces of 55 % of V. vulturnus individuals. To meet nightly FMR requirements, Vespadelus spp. would need to consume ~600-660 mosquitoes on a mosquito-only diet, or ~160-180 similar sized moths on a moth-only diet. Lower relative profitability of mosquitoes may provide an explanation for the low level of mosquito consumption among these bats and the absence of mosquitoes in feces of larger bats. Smaller sized bats, especially V. vulturnus, are likely to be those most sensitive to reductions in mosquito abundance and should be monitored during mosquito control activities